5 of the Longest Things in Minnesota 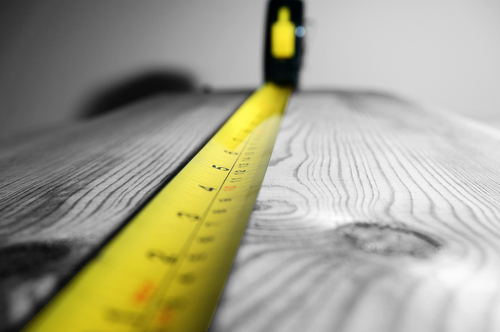 Here are a few contenders.

If you live in the Twin Cities, you probably know that it can feel like the world’s longest drive to get up north—especially if a nice, cool lake is waiting for you once you get there. But no matter where you’re headed in Northern Minnesota, the drive is not as long as Minnesota’s longest highway: Highway 1. At 346 miles, this meandering road crosses the full length of Northern Minnesota from the Red River just north of Grand Forks, down around Lower Red Lake, through Ely and ends at the shore of Lake Superior. That’s over a six hour drive!

Tubing just might be the best winter activity. It has everything sledding has but it’s cushier! And with all the sledding hills in Minnesota, you’re never more than a few minutes from a day of tubing.

The one downside to tubing, though, is that it can be over so quickly. That is, unless you make your way up to Nisswa and Mount Ski Gull’s 1000 foot tubing run—the longest in the state! But don’t worry about getting back to the top of the hill, because a “magic carpet” conveyor belt was installed in 2019 to help tubers head back up for another go quickly and easily.

Cod are generally a saltwater species, but there is one member of the cod family that lives in Minnesota. The burbot, also known as an eelpout, can be found in lakes and rivers across northern Minnesota, including Lake Superior. The state record for longest burbot was 33 inches when one was pulled out of Lake of the Woods in 1916. The world record for biggest cod catch was set in 2013 by a German fisher—that one was 5 feet long.

But if you need your cod even longer, pack a lutefisk lunch and head to Madison, MN. Madison prides itself as the lutefisk capital of the USA, and to solidify this claim their town sign features a 25 foot long cod named Lou T. Fisk. This is believed to be the longest cod not just in Minnesota, but in the world! Of course, this cod wasn’t caught so much as it was constructed. But still: 25 feet!

The river otter is a very common sight across northern Minnesota. So much so that Otter Tail County was named after the critter (or part of it, anyway). These animals are extremely playful, they have those cute little faces, but in terms of length they are pretty middle of the road: on average, river otters are 4-5.5 feet long (including the aforementioned tail).

If you ever thought “yeah, river otters are great, but I wish they were 40 feet long,” then we have some good news for you: Otto the Otter is a 40 foot otter statue in Fergus Falls, MN. It was built in 1972 by a group of high school students to celebrate Fergus Falls’ centennial.

The longest cave in Minnesota is called Mystery Cave. With a name like that you absolutely have to go inside! The cave has been outfitted with walkways throughout its 13+ miles of tunnels and passageways, and it has everything you want in a cave: stalagmites, stalactites, flowstone, and underground pools. Although the cave started to take shape one million years ago, visitors can expect modern lighting, safety features, and ADA accessible tours.

While its name conjures images of ghosts and Scooby-Doo-style capers, the origin of the name “Mystery Cave” is somewhat less supernatural. The story goes, when clearing out the cave to make it accessible to visitors, one of the workers said they should call it Mystery Cave because, “it’s a mystery to me that anyone would want to work here.”

Welter Heating has been in business serving the Twin Cities since 1912, longer than any other local company dedicated specifically to HVAC service and repair. We can help you say “so long!” to your broken AC or furnace by repairing or replacing it. Contact us today to get started.