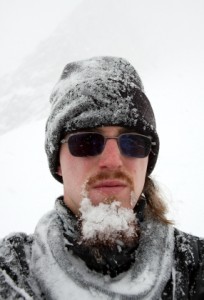 We trust that your central air conditioner is holding up in Minneapolis during these final warm days and nights. To help cool your body temperature, we’d like you to revel in what Minnesota is known for… extreme cold.

It’s hard to imagine frigid temperatures during the September indian summer. But humidity will turn to frigidity in a few short months. So for fun, we’ve gathered historical winter weather events that will last season seem downright toasty!

1. Tower, MN – This tiny town is worthy of note for two dissimilar reasons. The city was the first to erect a monument in honor of President William McKinley shortly after his assassination in 1901. Almost 100 years later, Tower set the record for the coldest temperature ever recorded in the U.S. east of the Great Plains. The mercury dove to -60 degrees F on February 2, 1996.

2. Lamberton, MN – This Minnesota town recorded the largest temperature change in a 24-hour period. Residents were enjoying a balmy 78 degrees when the temperature plummeted to 7 degrees on April 3, 1982. This extreme weather event was associated with the passage of a sharp cold front. Abrupt warming also occurs with Chinook winds, which are warming winds that can make snow one foot deep almost vanish in one day.

We’ll all be wishing for a Chinook wind some time in February for sure.

3. Finland, MN – Our friends in Finland gave their snow blowers a workout when 36 inches of snow fell in a 24-hour period on January 7, 1994. With the advent of AccuWeather forecasting, if this type of extreme weather event occurs again, at least we’ll have fair warning.

4. International Falls, MN –  This town holds the distinction of being the coldest city in the continental United States, according to Forbes magazine. So it comes as no surprise that the earliest measurable snowfall was on September 4, 1964.

5. Mizpah, MN -We’ve known that spring and autumn are short transitional months in Minnesota. But Mizpah set a record for the longest transition, experiencing no spring season in 1964. On June 4, they can claim the last measurable snowfall. No doubt the heat of July and August was welcomed that year.

Get ready for those extreme winter temps and call Welter Heating and Air Conditioning 612-825-6867 for service or installation today.