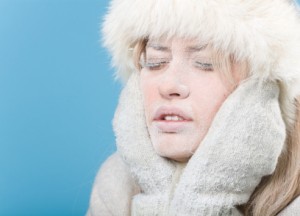 The National Weather Services in Minnesota announced this winter they will be replacing the familiar “wind chill warning” with an “extreme cold warning”.  So what does this mean to us?  The change is mostly in name only, but does include a small differentiation.  In the past a warning was only issued if wind chill dipped below negative 35.  The new warning will be issued if temperatures or wind chills reach dangerously low.

This is Minnesota, where we really only care if our Minneapolis furnace is in good working order, but we still want to know the story behind this new winter warning.

This story, which originally ran in the Pioneer Press, was met by commenters with a mixture of sarcasm and disbelief. The consensus was that either this was a scare tactic dreamed up by the Weather Service’s marketing department or a sign of political correctness.

What’s in a Name?

Gust readily admitted that the proposed name change is an experiment and that the “wind chill warning” is still in their arsenal of tactics to keep people safe. He did explain the distinction between the two terms and how confusion can arise when the wind dies down.

Prior to the name change, if the wind dropped off, they stopped the warning. But, what if it’s still really cold out? With the wind warning cancelled, the actual temperature now poses the real danger. Stopping a wind chill warning may give people a false sense of security.

Of course, Minnesotans know how cold really cold feels like. As one commenter said, “I wish they would stop with “extreme” and “feels like” Just give me the temp. … We know what it means when it’s 20 below with a 20 mph wind.”

When the Weather Service issues the “extreme cold warning,” people should be responding just like they did with the “wind chill warning,” e.g. they should make sure that they’re properly dressed for it and school districts would cancel outside recess.

It’s unclear whether the extreme cold warning is replacing the wind chill warning completely. “Do you think extreme cold is sexy enough to get into the vernacular?” Gust asked the NPR host. “We think it has meaning here, and we’re … testing that to see if it has enough meaning to warrant the change.”

Are you prepared for an “extreme cold warning”? Call Welter Heating and Air Conditioning 612-825-6867 for service on your Minneapolis furnace.

Sign up for regular “Welter My Shelter” heating and air conditioning tips.