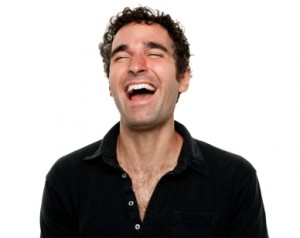 Ole and Lena (also Sven and Ole) are central characters in jokes by Scandinavian Americans, particularly in the Upper Midwest region of the U.S., including Minnesota, Wisconsin, Iowa, South Dakota and North Dakota, where Scandinavian traditions are common.

We know you’re wondering, “What the heck do jokes have to do with my home furnace?” Minneapolis winters are no joke, which is exactly why we wanted to lighten the mood as we transition from the crisp cool days of autumn into the stark days of winter. Without further adieux, following are our top five Ole and Lena jokes courtesy of Uff da!.

Ole gets home, runs into his house, slams the door and shouts, “Honey, I just von da lottery? Pack your bags!”

Lena says, “Great! Vhat should I pack for? Da ocean or da mountains?”

Ole Hears a Knock on the Door

Ole is sitting at home alone when he hears a knock on the front door. There are two sheriff’s deputies there.

He asks if there is a problem. One of the deputies asks if he is married and, if so, can he see a picture of his wife.

Ole says, “Sure,” and shows him a picture of his wife, Lena.

The sheriff says, “I’m sorry sir, but it looks like your wife’s been hit by a truck.”

Ole says, “I know, but she has a great personality and is an excellent cook.”

Ole and Lena went to a lawyer to see about getting a divorce.

“How old are you folks?” asked the lawyer.

“How come you are getting a divorce now?” asked the lawyer.

Ole & Sven are Standing at the Gates of Heaven

Two guys, Ole and Sven, are standing at the gate of heaven. Trying to be friendly, Ole asks Sven, “So, how did you get here?”

Sven replies, “Hypothermia. How about you?”

“Well,” Ole said, “I vas sure my wife, Lena, vas cheating on me, so one day I came home early to catch here in da act. I searched da whole house, but dare vas no one dare. I felt so bad about da whole ting dat I had a massive heart attack.”

“Oh great,” said Sven. “If you would’ve checked out da freezer, ve vould both be alive!”

If you need service on your heating or air conditioning system, call Welter Heating and Air Conditioning 612-825-6867 for service or installation.

Sign up for regular “Welter My Shelter” heating and air conditioning tips.