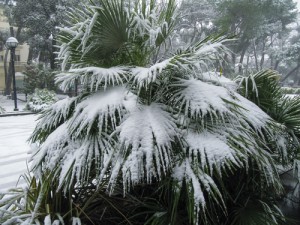 I think it’s safe to say that this winter has been a doozie. The winter of 2013-2014 was marked by an alarming number of extreme weather events including the Polar Vortex in the Midwest, ice storms in the North East, and substantial snowfall in the South.

Furnace installation and repair numbers were high this year as people in the north struggled to repair their overworked furnaces and folks in the south considered purchasing a furnace for the first time. Have no doubts, it was a particularly cold winter this year.

Where were you during these extreme winter weather events of 2013-2014?